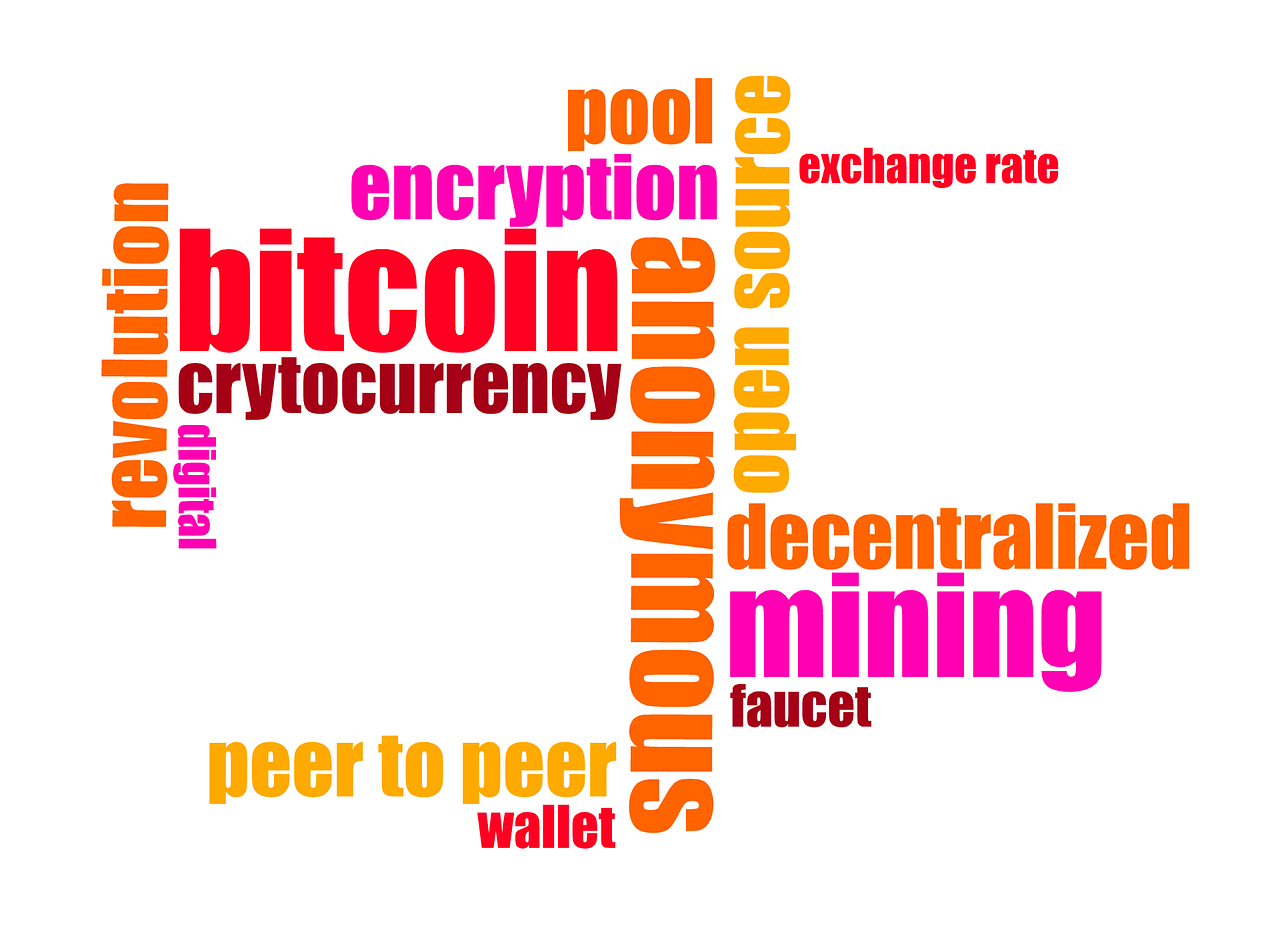 For a long time, the tax treatment of much around cryptocurrencies remained vague: what about staking, lending, airdrops? How are forkcoins to be treated? Can the holding period increase to ten years under certain circumstances? Now the Federal Ministry of Finance is providing clarity. In a draft guidance document, it clarifies many of the questions that are still in limbo. Some to your advantage, some to your disadvantage.

Some documents you should know if you deal with cryptocurrencies in Germany. The draft guidance document that the Federal Ministry of Finance has now published is one of those documents. It is not exactly a light or edifying read, but one that could become important for you. The Ministry of Finance developed it together with the supreme tax authorities of the federal states, the ministry explained at the presentation. The letter is intended to clarify how the “income tax treatment of tokens in general and virtual currencies such as Bitcoin in particular” should be handled. Currently, the affected associations are still being consulted, and the letter will still be reconciled with the highest tax authorities of the states. But on the whole, tax consultant Rüdiger Quermann writes, it is to be expected that the broad line will not change.

The document should be used, according to the Federal Ministry of Finance, by “practitioners in administration and business and the individual taxpayer” as a “guide to the income tax treatment of tokens and virtual currencies.” This brings to an end the grace period in which crypto matters were still a matter of interpretation and taxpayers could argue that there was a lack of clear rules. This lack of clarity was, as tax advisor Martin Figatwski already explained to us, more of a blessing than a curse for many.

So what exactly does the guide say? The document is 24 pages long, but about 8 of them are devoted to clarifying terms: What are virtual currencies, tokens, forks, airdrops, wallets, ICO and so on. It then undertakes an “income tax classification” of several operations: mining, divestment, the inflow of tokens and coins through forks, initial coin offerings (ICOs), staking, lending and airdrops. What is still missing is DeFi; apparently, financial authorities still do not dare to address this issue, perhaps because it would further complicate an already messy situation.

The tax treatment of mining is complex

The letter does not make a distinction between proof of work and proof of stake; both processes are considered mining. Income from mining can be recognized both privately and for business purposes. In the case of operations on a larger scale as well as plausible permanent profit opportunities, business income is probably to be assumed, which has the advantage that the mining equipment can be depreciated at favorable conditions.

In the case of operational mining, the mined coins are considered an acquisition in current assets. The value is of course the market price at the time of mining. For the purposes of a surplus income statement, which is also possible for private individuals, the coins generated by mining count as operating income, or more concretely and formally, “as non-securitized receivables and rights comparable to securities as economic assets.”

Somewhat simpler is the sale of coins. For this, most of what was already largely known before writing: If the sale takes place in the course of a business activity, the euros received in the process must be reported as business income, less the acquisition costs. If these cannot be determined, the letter also allows a valuation by average costs.

In the private sector, on the other hand, units of virtual currencies are to be regarded as “other economic assets” as before, the valuation of which is based on the market price. Profits – or even losses! – from the sale of such privately held cryptocurrencies therefore represent “income from private sales transactions” (or losses) – provided they have not been held for more than one year. In this context, it is not only considered a disposal if a cryptocurrency is sold for fiat money, but also if it is exchanged for goods, services or other cryptocurrencies.

What is the tax liability?

The calculation of profit and loss on a sale is simple in itself. The proceeds of the sale are the agreed consideration, i.e. the price at which one sells. If, on the other hand, one exchanges one cryptocurrency for another, its market value (in euros) is considered the sale proceeds. Of course, the transaction or exchange fees may be deducted from this.

In principle, the individual consideration is possible for the determination of the holding period. However, for the sake of simplicity, one can also claim the “First in First out” principle (FiFo), where it is assumed that the coins acquired first are also issued first. Once chosen, the principle must apply to all the coins of a cryptocurrency in a wallet; however, with different cryptocurrencies and different currencies, the method can be switched. Those who are diligent should be able to save taxes as a result.

However, the 1-year rule does not always apply. It is overridden “when units of a virtual currency or tokens are used as a source of income.” This rule has been talked about before, but is new in this binding nature. It is likely to be inconvenient for many who have used the numerous CeFi and DeFi offerings.

Examples of using cryptocurrencies as a source of income include staking, whether as mining, through cold staking, or a masternode; another is lending, in which cryptocurrencies are lent, for example through platforms such as Bitwala or in margin trading on exchanges. To learn more about crypto trading, visit this website. Providing liquidity via DeFi should theoretically also fall into this category, but is not mentioned. In all operations where “the holding of units of a virtual currency leads to the allocation of further units of the virtual currency,” the holding period is extended to ten years.

What is the tax liability this time? One thing that is probably a headache for many users and also tax officials is the entry of new coins into assets through a fork. Here, until now, it was possible to avoid paying taxes on them because no one knew how and if at all. Now the Federal Ministry of Finance defines that and how exactly.

If one holds the coins as business assets – say, Bitcoin – and then receives the same amount of other coins through a fork – say, Bitcoin Cash (current price here) – these go into the balance sheet as a different asset. In doing so, the acquisition cost of the Bitcoins also changes according to the ratio of the market value of Bitcoin to Bitcoin Cash.

As an example: We bought a Bitcoin for 100 euros at the time, and at the time of the fork, the Bitcoin was worth 1,000 euros, and the Bitcoin Cash was worth 100. So we record 90 euros as the acquisition value for the Bitcoin and 10 euros for the Bitcoin Cash. If the coin created in the fork has no value at that time, the acquisition value does not change; if the values of the respective bitcoins decrease until the next balance sheet, we can record this decrease in value as depreciation.

If someone as an individual comes into the benefit of new Coins through a fork, then the taxpayer “creates the units of a new virtual currency” for a consideration, and “as part of the units of the virtual currency existing before the fork.” In this case, too, the acquisition cost of the original cryptocurrency must be allocated in proportion to the value of both currencies at the time of the fork. So, since the acquisition of the bitcoin coincides with the acquisition of the forkcoin, the holding period of bitcoin should be inherited by the forks.

Token from an ICO It also gets hairy when tokens from an ICO are added to all the coins and forkcoins. This is because these can be accounted for differently depending on “whether the tokens grant the holder a special legal position. Tokens may be accounted for as assets under financial assets or as receivables.” One exception is so-called “utility tokens,” which grant future access to a product or service. When redeemed, this is irrelevant for income tax purposes; there is no sale. If, on the other hand, a Utility Token is sold, the usual rules for the sale of a cryptocurrency apply.

If, on the other hand, a token enjoys the status of a security under the Securities Act – it would then be an equity/security/debt token – different rules again apply. Such tokens may embody a capital claim or a claim in kind. In the first case, income from the sale of such a token is considered capital gains; in the second, it becomes income from private sales transactions.

Finally, income from staking, lending or airdrops is considered either as business-related addition to business assets or as private income from other performance. Since this income mostly comes about in tokens or coins, it must be offset against the market value of the token at the time.

No boredom for tax advisors

So this all sounds pretty complicated. Anyone who has been involved since, say, 2015, who has participated in various ICOs, exchanged coins for altcoins, who has profited from the forks to Ethereum Classic, Monero Classic, Bitcoin Cash, Bitcoin SV, who has staked and lent coins, who has held out their hand at airdrops and possibly even fired up a miner – can expect to have quite a lot to research, file and register.

The tax consultant Rüdiger Quermann comments the draft of a guideline of the Federal Ministry of Finance with the following words: Some things could become quite nice. The possibility of the address-related consumption sequence or after the used wallet/exchange is labor-intensive, but useful. Otherwise, the BMF made a nice gift to the miners with the one-year depreciation on the hardware. For this, he annoyed many with the claim that Lending, Staking is considered income generation and extends the holding period to ten years. So there is no boredom on the advisory side.